The writing part of Assassin of Curses is finally done, and we are still on track for an early 2021 release! That doesn’t mean there won’t be some revisions, but the creative heavy lifting is complete.

But things will still be busy as we finalize the book for publication. The cover art concept has been developed, and the back cover blurb written. Also, the first round of ‘beta’ readers have received their review copies, and I hope to hear back from them in a few weeks. After I incorporate their feedback, we’ll do another round of beta readers to catch any final errors.

Admittedly, I might be a little biased, but I think this next volume kicks butt. As you can tell, I’m just a little excited.

To tease you a bit, I have posted the back cover blurb on the web site. So be sure to check it out.

I bet you were thinking I fell off the ends of the earth. Thankfully, the world is round, so no need to worry about that, right? I wouldn’t be too sure. This is 2020, after all.

(Sounds like an episode of The Twilight Zone, doesn’t it?)

I wish I could give a cool reason why I haven’t put out an update since May, but I have no such excuse. Especially since I’ve been stuck in my home since March (and still am). But it hasn’t been entirely uneventful.

Back in June, I got a message from a friend saying that when she tried to access my web site, it took her to some dubious online pharmacy. I immediately fired up my browser and entered the address, only to find it came up just fine. I thought this extremely odd since my friend is reasonably tech-savvy. So I dug deeper and found out to my horror—the site had been hacked. And the clever suckers made it so that if you entered the address directly, it brought up the site just as you would expect. But if you searched for my site using one of the popular search engines (like GOOGLE!), it redirected you to the malicious page instead of my site. To say I was upset was an understatement.

I immediately fixed the redirect but quickly discovered it was not going to stay fixed. Unfortunately, my webserver was so old, it had about a million ways to break into it. So to prevent further hacks, I needed to upgrade. And upgrading wasn’t a simple matter.  So I ended up getting a new server and moving my site over to it. This was not extremely difficult, but it did take quite a bit of time. The one upside to all this is that the new server allowed me to enable site security. So now, when you visit the site, you no longer get a warning about it being insecure.

Thankfully, the hackers haven’t prevented me from making progress on my next novel. I am just about done with the second draft of Assassin of Curses, which puts me a little ahead of schedule. If I can maintain my current pace, I expect to be done with this draft by the end of October. This puts me in a good spot for publishing in early 2021.

That’s assuming Godzilla doesn’t appear in the Pacific next month.

I was wondering what was going on with my Amazon listing for the Coren Hart Chronicles. Even though the Kindle books were linked, neither one of them had a reference to the other.  So, I sent a query to Amazon support about it. I found out there was a technical issue on Amazon’s side, which they were able to resolve today.

Now, if you look at the Kindle listing for Thief of Curses or Queen of Curses, they will show the other book in the series. AND, as part of the fix, they created a new series product page where you can review the series and buy both Kindle books at the same time. Check out the new Coren Hart Chronicles page. So now if you don’t already have those books, you can order them together!

To continue with the promotion of my new book, I am running a Goodreads Giveaway from May 22nd through May 31st.  The prize is a free Kindle eBook copy of the first book in the Coren Hart series, Thief of Curses. Only a limited number of copies will be given away, so be sure to enter the drawing.

Of course, you have to be a Goodreads member to access the site (but that’s free too.) If you’re not familiar with it, Goodreads is a website for readers to exchange information on the books and the authors they like. They also let authors (like myself) sponsor drawings to promote their books.

To enter the drawing, just click here, sign in or register, and then fill out the required information. When the contest closes, Goodreads will notify you if you won. Easy as pie.

Don’t forget the second book in the Coren Hart series, Queen of Curses is also available in both Kindle ebook and print versions on Amazon.

Queen of Curses Out Today! 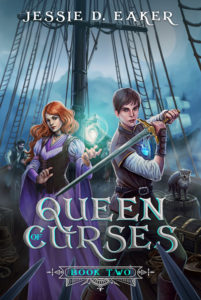 Just a quick reminder that the second book in the Coren Hart series, Queen of Curses, is now out. Both Kindle ebook and print versions are available on Amazon.

Also, don’t forget that I’m running a Kindle-only FREE special on the first book in the series, Thief of Curses. But it’s only for five days, from May 13 – 17, so be sure to check it out today!

Queen of Curses Out May 13th 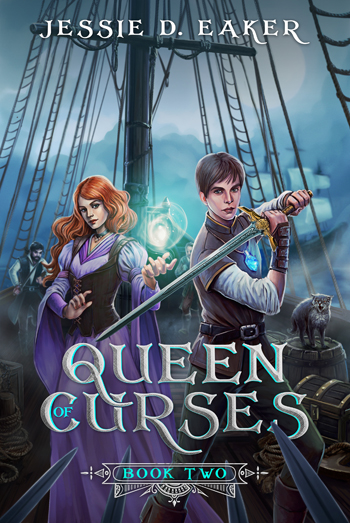 Book #2 in the Coren Hart series is finally done, and the release date set for May 13th. I’m so excited I can’t stand it!

The Kindle ebook version is now available for pre-order on Amazon, with the print version made available a little closer to time.

The new book is a direct sequel to the first one and continues the adventures of Coren, Zofie, Risten, and of course, Spraggel as they attempt to prove Zofie’s innocence and help her regain her throne. Check out the Queen of Curses page on my web site for more info. 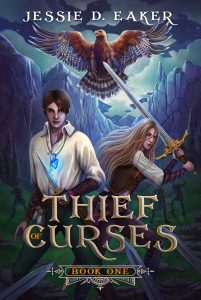 To celebrate the new book’s release, I’m also going to be running a Kindle-only special on the first book in the series, Thief of Curses, for five days, from May 13 – 17. It’s the perfect chance to pick up the ebook for yourself or a friend. And the best part is the price. During that time it will be free!

So don’t wait. Get over to Amazon and pre-order your copy, and while you’re at it, order the Kindle ebook version of Thief of Curses. I think you’ll like them.