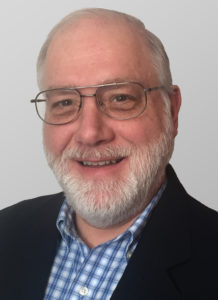 Jessie Eaker lives in Central Virginia with his wife, son, their cats, and all (her) parakeets.  While he grew up in North Carolina, he has lived in Virginia for so long, he’s lost his southern accent (much to his wife’s disappointment). He makes his living working for a major Richmond corporation as a Scrum Master. (There really is such a thing.)   He is a certified project management professional (PMP) and a certified Scaled Agile Framework (SAFe) professional.

Contrary to what some have guessed from the feminine form of his name, Jessie is male.   Spelling ‘Jessie’ with the “ie” ending is the traditional family spelling.  On top of that, Eaker is pronounced like the word acre (the ‘E’ is silent).   Jessie is philosophical about this.  He says: “Admittedly, this name combination causes both gender and phonetic confusion.   But then again, I’m now of the age where confusion tends to be a way of life.”

Jessie has had several of his short stories published both professionally and in the small press.  He is also a member of Science Fiction Writers of America. When not writing, he watches anime, reads, and works on his ever-growing list of things to fix around the house.